BILL BELICHICK AND THE HOODIE. A comfortable match for New England autumns going back 21 years for the Patriots coach.

No, this isn’t about hard-hitting X’s and O’s and adjustments that Belichick, 68, might make to help the Patriots turn around a season that started 4-5. But not everything has to be. Football, after all, should also be fun.

With that, let’s look back at Belichick’s garment of choice through the years with data collected since 2003, and how it connects to some of the biggest games and moments in franchise history, including six Super Bowl championships.

Some hoodies found their way to the clearance rack. Others, such as one pulled out of the pile in September, lost a fierce battle with scissors. Then there are those that have stood the test of time.

Sometimes gray can be associated with bland and depressing, and New England is familiar with those types of days when the weather turns cold during the football season. But when it comes to the gray hoodie? Nothing dull there. Slice ’em up. Cut the sleeves high. Maybe it’s a more traditional long sleeve. And of course, the white letters “BB” at the mid-chest level provide a personalized touch.


In 2016, when quarterback Tom Brady arrived at his weekly news conference in a gray hoodie that had the sleeves cut completely off and a wide cut in the neck area, he was asked the question, “Did you raid Belichick’s locker for that one?”

It was late December, the temperature had turned icy, and Brady had multiple layers underneath. He had a good laugh at the question, before noting that they do not consult on fashion. 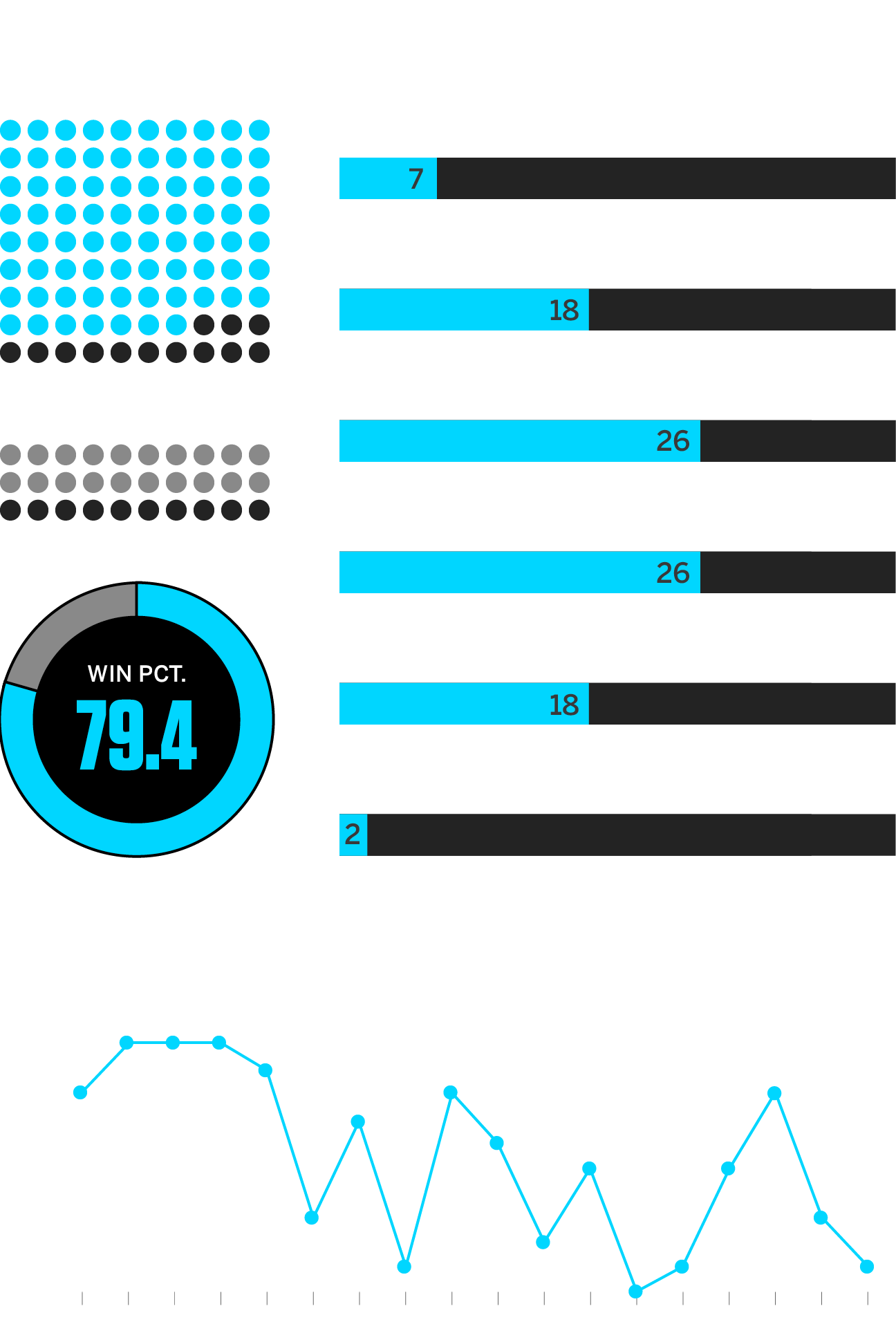 Going further back, one of the first times Belichick is remembered for wearing the gray hoodie was a 2003 game against the Dallas Cowboys, although that wasn’t what made that day particularly memorable. Instead, it was Belichick matching wits with former mentor Bill Parcells for the first time since Belichick decided in January 2000 not to succeed him as coach of the Jets. There was a lot of hype for that game.

The hoodie has since taken off in popularity, with Belichick once telling sports radio WEEI it was all an accident.

Traditional, clean and comfortable. The old standby. This is like the player that fits in any X’s and O’s scheme, easily matched up with blue jeans, khaki pants or even shorts. The pouch provides a resting spot for hands. A well-received holiday gift for Patriots fans for the past two decades, which a national restaurant chain deemed worthy to feature in an advertising campaign this year.


Even when he wasn’t trying (which was pretty much all of the time), Belichick had a knack for making hoodies fly off the shelves at the team’s pro shop. This story from 2011 confirms it: During the team’s bye week that season, Belichick held a Tuesday news conference in a different hoodie than the norm; it had the team’s throwback “Pat Patriot” logo on the right shoulder.

The result: a surge of sales at the team’s pro shop, leading to empty shelves and racks by the end of the week.

Showing that even he could have some fun with the topic, Belichick was asked if it was simply his “bye week” hoodie.

“Might be,” he quipped. “You don’t want to make it too popular and take over the gray one.” 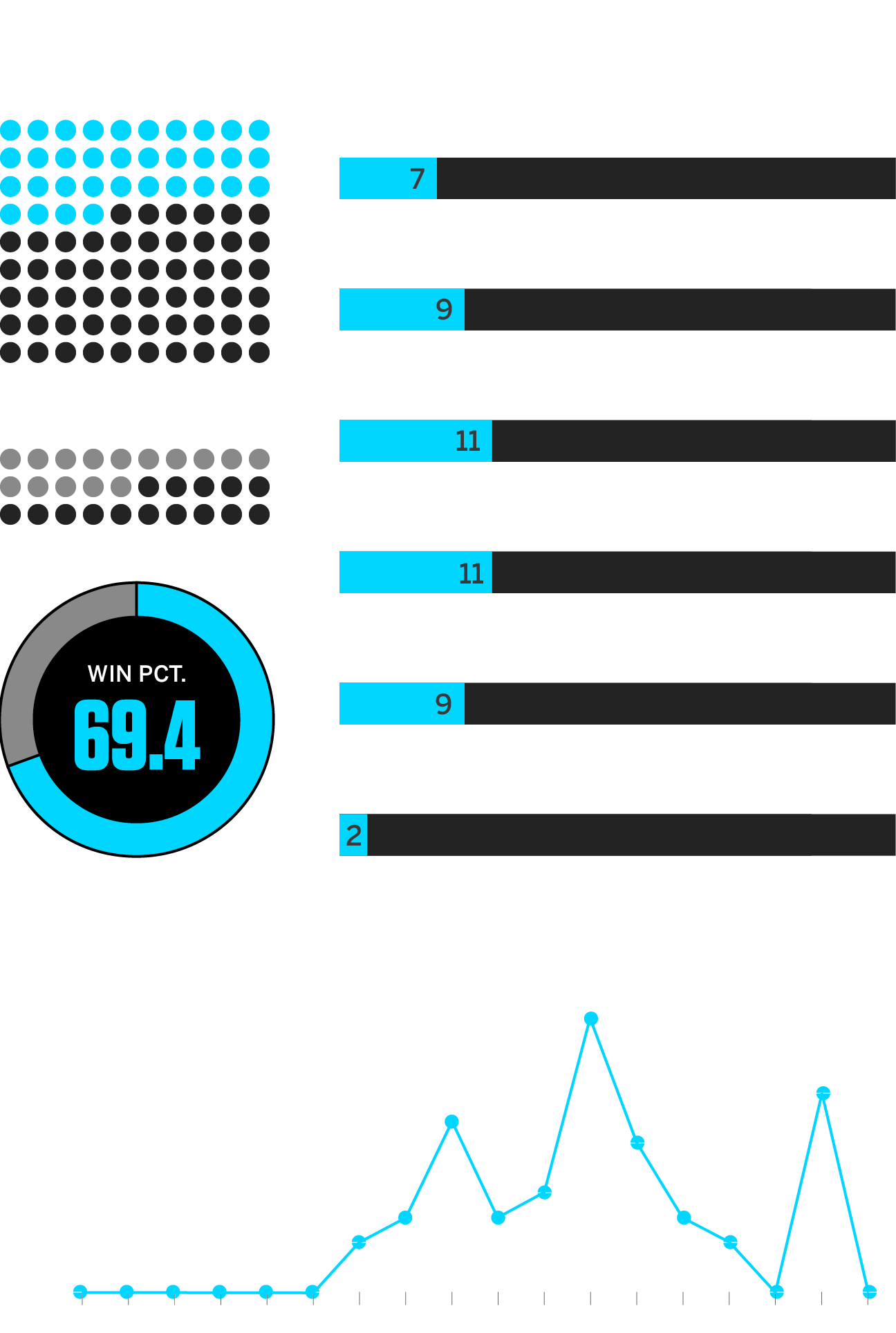 That the gray became his favorite has become the subject of several stories over the years, with Dan Wetzel of Yahoo! Sports once writing that Belichick’s preference for wearing it was a result of him standing on principle that NFL executives shouldn’t be dictating how coaches dress. So Belichick picked what he thought was the least fashionable choice, and then cut it up to make it less attractive.

When Wetzel asked Belichick to confirm that story, the coach predictably was tight-lipped.

“It’s comfortable. I carry stuff in my pouch,” he said.

As for chopping off the sleeves, Belichick told Wetzel: “I have short arms.”

While Belichick made the gray and blue hoodie a best-selling item across New England, it is not to be confused with what we’ll call the mock sweatshirt. How to tell it’s the mock? No hood. And the arms are often sliced off in a muscle cut, although there are exceptions. Belichick has been known to be a regular in the weight room and exercise facility, and the mock provides him the room to flex out a bit.


The mock doesn’t often show up on game day for Belichick, just 21 times in all. He was more likely to choose it in the first half of the Patriots’ dynasty, with its heyday coming in 2010.

And then there was a brief return in 2016 — notably in Cleveland in Week 5 when Brady returned with a bang from a four-game NFL suspension by passing for 406 yards and three TDs — but Belichick hasn’t worn it on game day since that season.

Show up to a practice, however, and chances are higher that Belichick will be in the mock. Ditto for his daily news conferences. 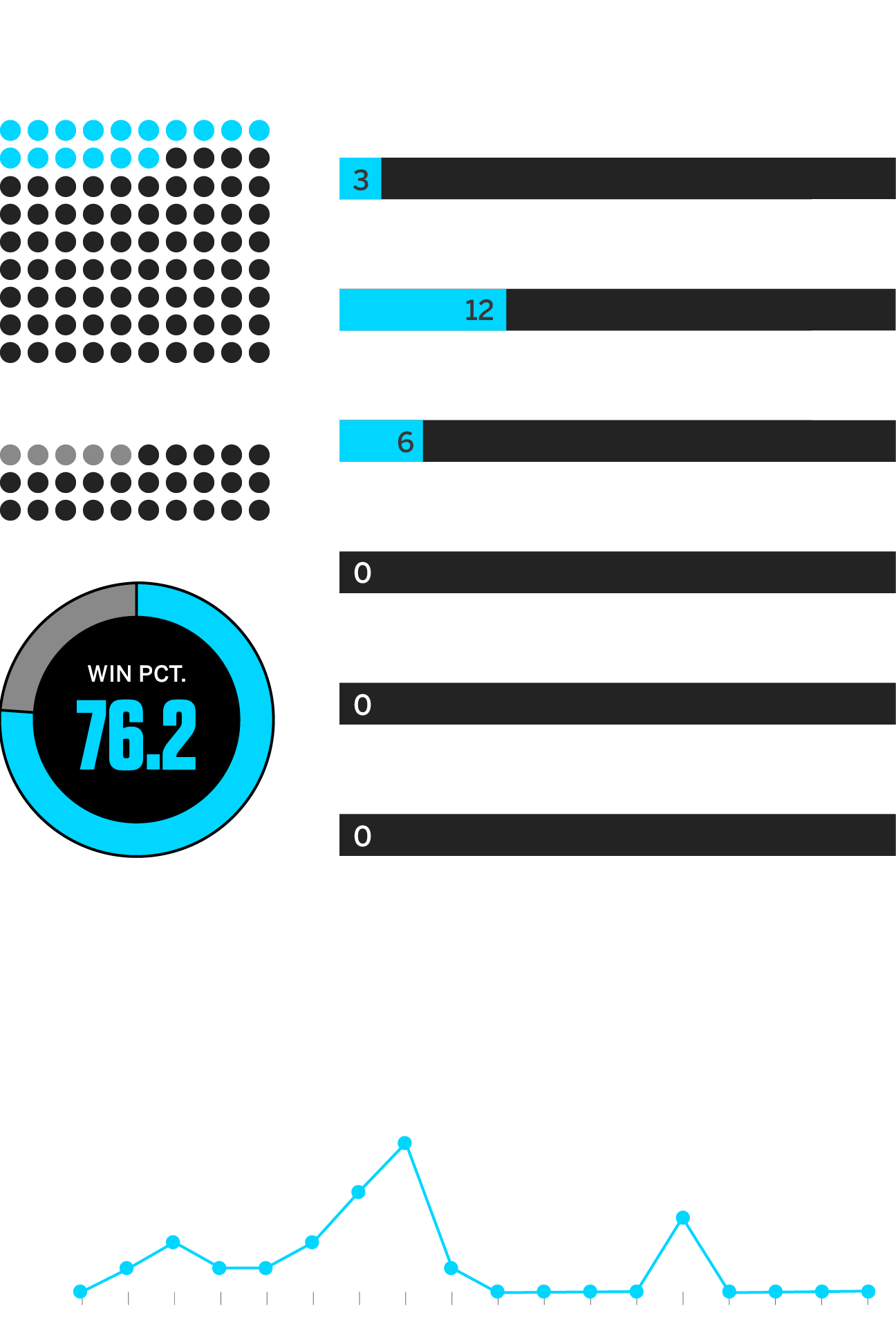 There have been some different versions of the mock over the years, with one of the more recent providing a reminder of the Patriots’ history, and how the franchise was established in 1960. A more standard mock simply pairs the word Patriots with the team’s logo.

The mock is not as versatile as some of Belichick’s other sideline options, one reason the hoodie will always have staying power — both for Belichick and Patriots fans. But the mock remains a staple for the coach.

While some stock their closets with suits and ties, Belichick is all about the hoodies and mocks.

In the Northeast, where Patriots football seasons extending late into January have been the norm over the past two decades, Belichick has proven that his depth chart extends beyond offense, defense and special teams. Frigid conditions often call for a multi-layered sideline-apparel approach — with a winter jacket providing key warmth. But not all jackets are created equal: The “hot jacket” has become a go-to choice earlier in seasons, and in climate-controlled venues.


When it comes to Belichick and hoodies, there is one notable authority: PatsPropaganda.com

The site has charted every hoodie worn by Belichick over the years, the type of detail Belichick can appreciate, even if it’s always been just for fun.

And on that lighthearted note, PatsPropaganda.com noted the “hot jacket” Belichick wore in the team’s Super Bowl LIII win against the Los Angeles Rams, and openly wondered if perhaps his affection for the hoodie might be tapering off a bit. 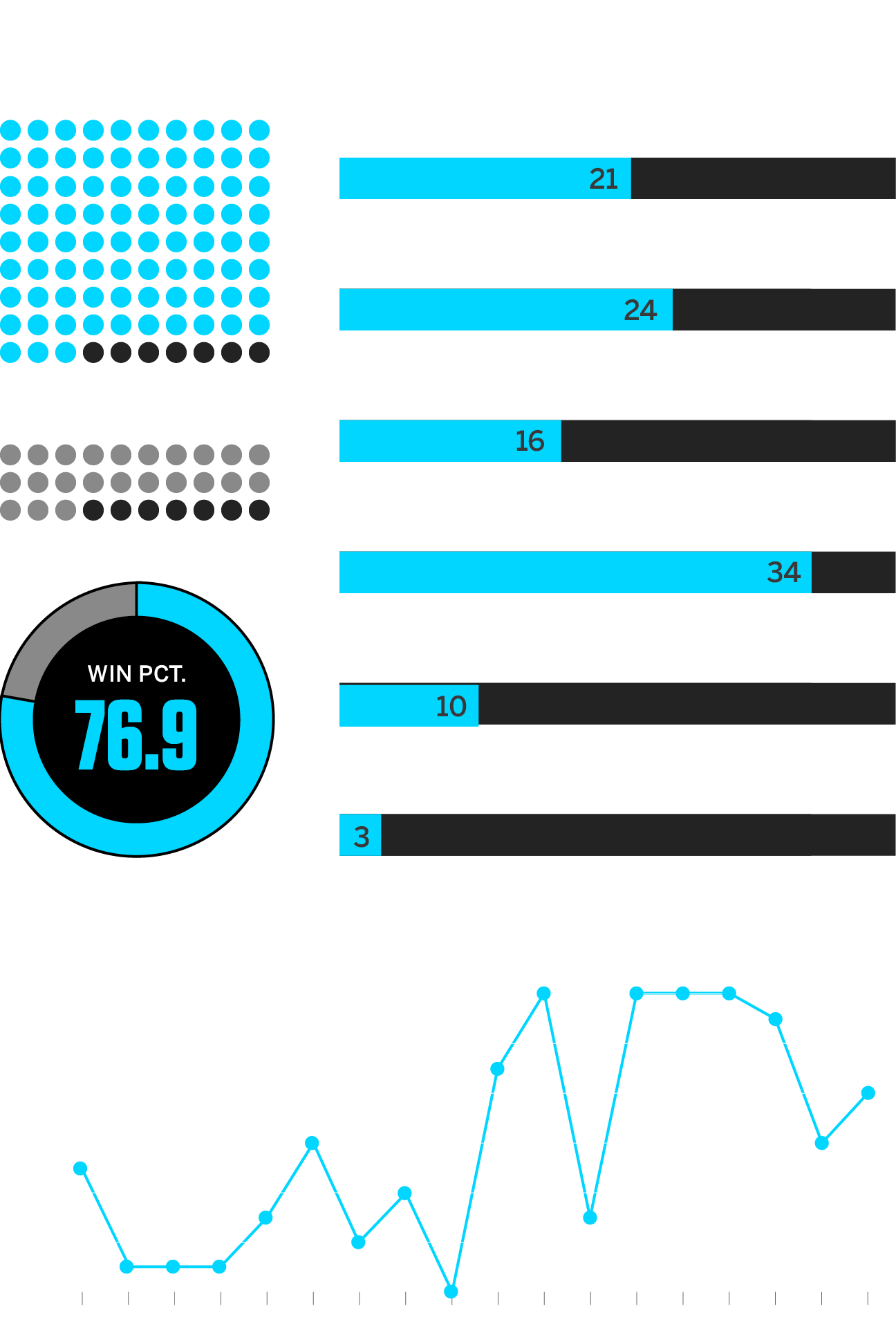 The site also noted Belichick wore that garment in more games than any other, and, predictably, has more regular-season wins in it than any hoodie. But when the weather gets colder, that’s not the best option, hence the turn to a winter jacket.

One notable example came in the 2017 regular-season finale against the Jets. It was 9 degrees and the wind chill made it feel like minus-6, so Belichick wore a gray hoodie with a winter jacket over it for double-layered protection. It was the coldest regular-season game in Patriots history, and a thermometer was placed in the area where the Jets entered the field to remind them.

The Patriots won, which had extra meaning for Belichick: It was his 250th regular-season win, tying him with Cowboys legend Tom Landry for third on the all-time head-coaching list.

Landry, of course, was known for dressing in suits for games — a stark contrast to Belichick, who has made the less formal hoodie famous.

Belichick has mastered the element of surprise over the years, and not just on the field. When he feels an allegiance to a college, or a close pal, he hasn’t hesitated to show his support in a sartorial way. Or if the occasion calls for it, there’s a step up into pure business-class mode, or paying homage to legends from the past. He once wore a fedora while arriving at a game to honor his coaching hero, Paul Brown.


In 2013, when Boston and the world were grieving after the Boston Marathon bombings, Belichick wore a Watertown, Massachusetts, police department hoodie to his NFL draft news conference. The Watertown PD had captured the bombers after a tense standoff. “Just supporting people that protect our safety and our freedom — police, military. That’s what makes it all possible for us to do what we do,” he said.

Then there was the time in 2019 when he wore a red Struthers hoodie, which had local reporters scrambling to learn more. Struthers is where his late father, Steve, went to high school in Ohio.

“When my dad was there, it was the late 1930s, so the back end of the [Great] Depression. Everyone was struggling,” Belichick told the Patriots’ official website. “My dad wanted to give back as much as he could to the community that he grew up in.” 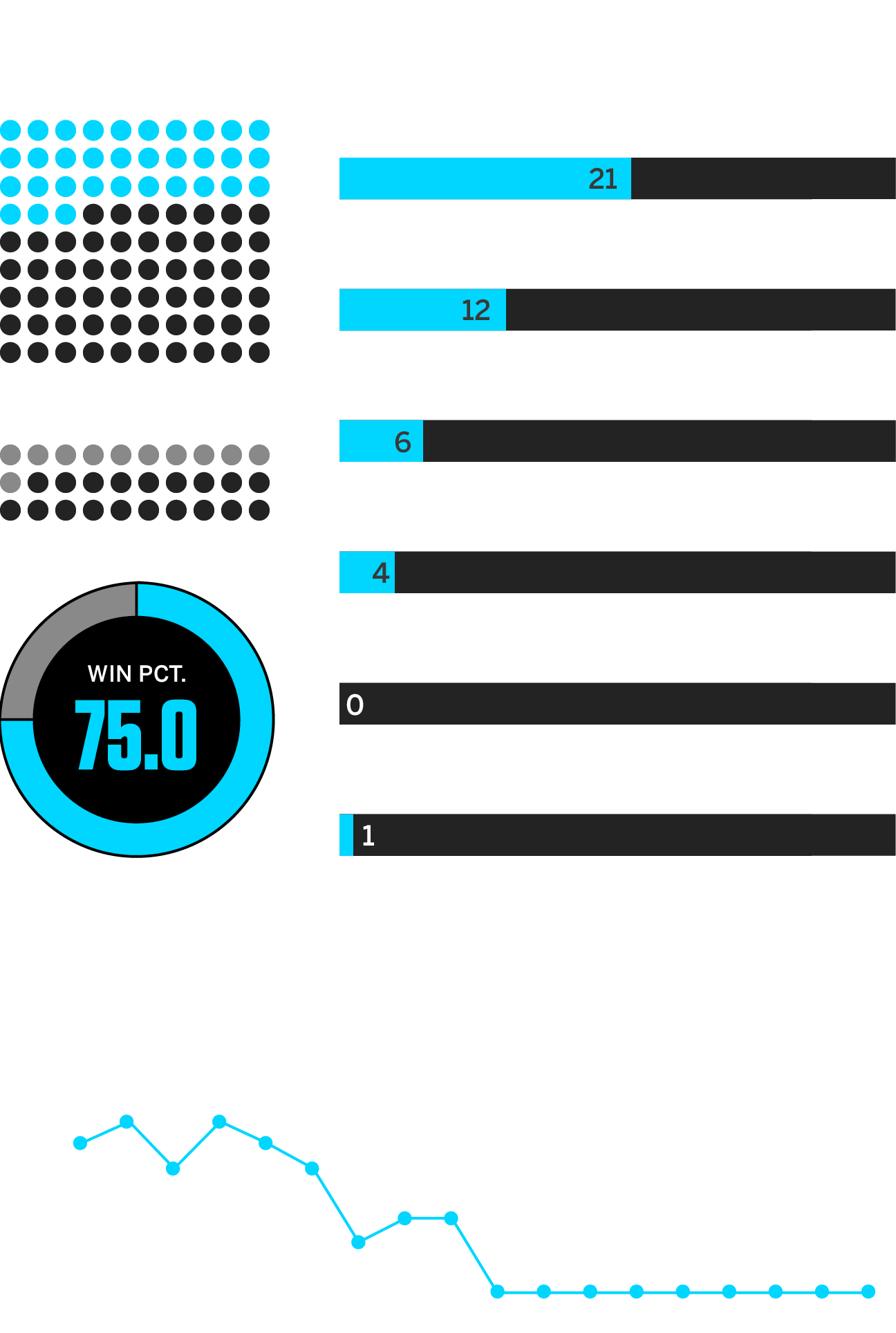 On the scouting trail, Belichick hasn’t been shy about wearing Alabama gear while attending the Crimson Tide’s pro days, which reflects his close relationship with Alabama coach Nick Saban, his former assistant. That got the good folks in Tuscaloosa buzzing in 2019. “I didn’t give it to him,” Saban said, when asked by reporters. “But I’m glad he got it.”

Indeed, Belichick’s choice of attire often reflects the places he has been, and those he has a strong connection with from the past.

One of the fun hoodie moments came on Jan. 1, 2016, when then-Boston Bruins coach Claude Julien repaid the favor. With his team playing the “Winter Classic” at Gillette Stadium, home of the Patriots, he wore a hoodie during the game to honor Belichick.